In order to figure out if being long (or short) a weekly day straddle/strangle is in the cards, I have to figure out what the implied volatility is saying.

For example from February of 2014, Facebook announces it wants to buy some stupid messaging company for a stupid $19b, or >10% of FB's market cap. I realize I know nothing about the intricacies of social media businesses but assume that other people do and they'll re-price Facebook's stock accordingly. I see Facebook's back month vol is around 36% and the weekly vol opens at 39%. I pull up a vol chart and see that it's IV typical hovers around 55%. This stock news is more of an earnings event than a boring day in the life of Facebook stock. On news like this, I don't even check twice, I just buy the implied vol. But I digress, few situations are that easy.

What I do next is figure out the expected "day's move". I do this by taking the implied volatility, divide it by 1,590* then multiply that by the stock price. That gives me the expected dollar move for that day.

Furthermore, FB pre-market/extended hours absolute value range was $4.00, or 5.8%, yet the stock opened almost flat. Here's how I work that percentage change backwards to get the implied volatility indicative of such a move:
5.88 x 15.9 = an implied volatility of 93%

Here's a screenshot of what got me long IV in KORS after they announced earnings back in May, which earned a quick 25% in less than 10 minutes thanks to a spike in IV: 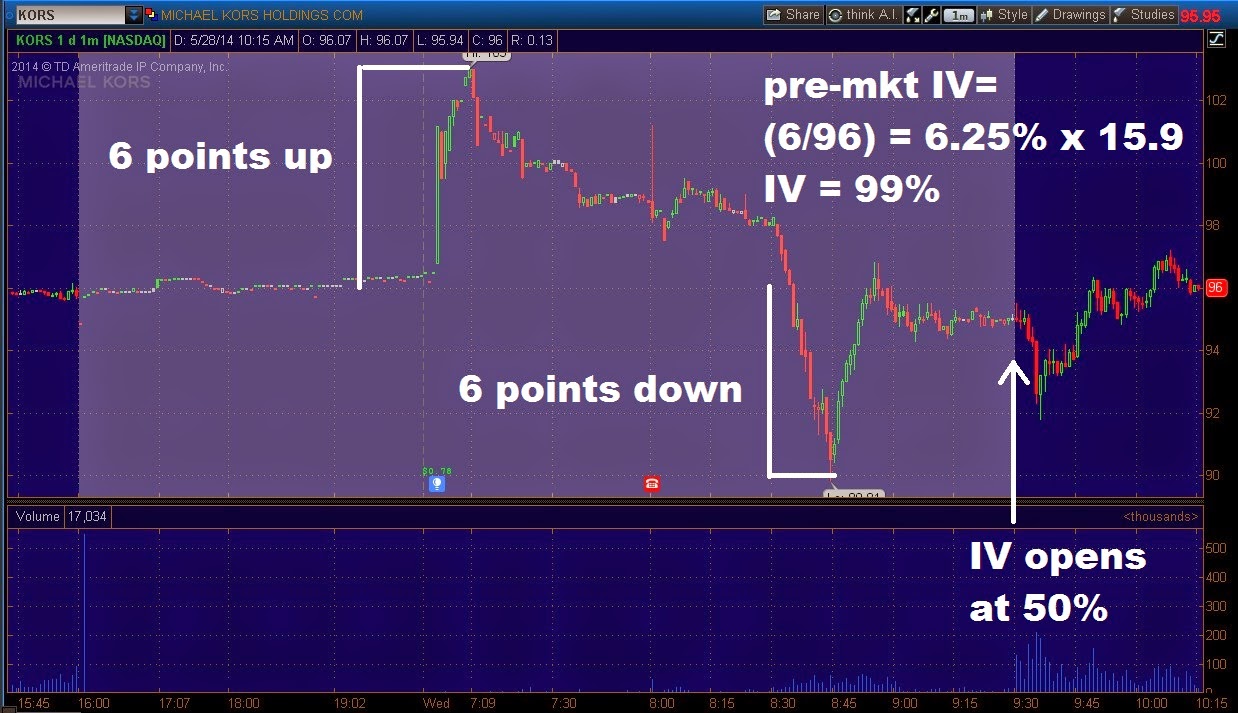 Maybe it's just dumb luck, but this simple math has proven to be highly effective and profitable for me.

Posted by TradingTrooper at 10:57 AM