So I've kind of dropped the ball lately on doing blog posts prior to market open, but I've been tweeting out some of my pre-market trade ideas instead. My plan is to get back on the wagon and start using this as my trade idea journal as I had originally intended.

I'm just going to re-cap some of the big trades I had eyeballed but didn't make starting with the most recent first. (Note: I was pretty much sick and Dayquilled-out the week of Feb 11-15).

For the record, maybe it's anecdotal but it seems like rumors love to come out on expiry days. Whether it's rumors on fridays for weeklys, or rumors on the fridays for the monthlys. And of course, due to the complete lack of premium, the options can rip off the news if the rumor gains traction.

PCLN - This was an overall strong day for the market, lots of stocks were in the green as were the major indexes. PCLN was about flat at 692 and I thought it had room to run to 700. Which it ended up doing. It made a strong rip right off the open, then slowly creeped back up over 700 by the end of the day.

GOOG - This was the day that GOOG ripped. Another positive market day and GOOG was somewhat coiling and ready to rip and this happened to be the day for it. It opened around 759 and I had considered picking up some 765 calls off the open but didn't. It ended up hitting a day high of 776. The 765s could have been picked up around .80

NFLX - What a monster this one was. Earnings came out the day before and the stock ticked from 100 to 140. Then the stock opened on Friday and opened with some nice green candles with OTM calls being BTO in size. I had eyeballed the 155s when the stock was at 148 but like a clown who didn't want to make money, held off. The chart speaks for itself. The 155s could have been picked up in the area of .50 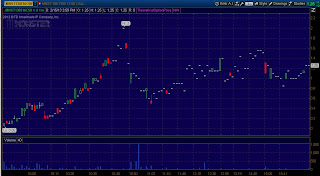 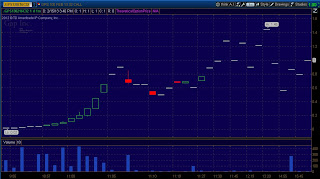 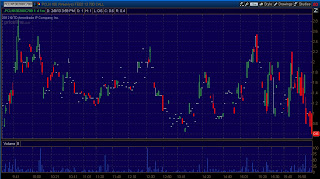 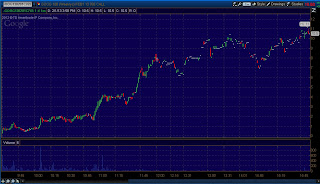 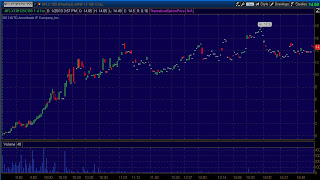