I was busy this week so I was only able to post pre-mkt outlooks on Thursday and Friday:

$PCLN announced a $1B buyback and the shares were sitting relatively flat in the pre-mkt, putting the odds in favor of a bullish play given the news. I had considered the 800 calls but did not play them.

$FSLR caught an upgrade from $GS and was trading slightly higher in the pre-mkt. I wasn't too pumped to make this play, but the short interest is nothing to lookover. The vol kinda kept me at bay off the open, but I could have played the 15 minute dip for a bull rebound. I had considered the 56 calls, again, didn't play them.

$FB also was out with a bunch of upgrades. The stock opened higher, bounced lower then rebounded. I was eyeballing the 24.5 call but didn't pounce.
$COST came out with earnings which beat and I had momentarily considered the weekly 115 calls as the stock was trading around 114 but with all large caps I get concerned of profit taking so I held off on the calls. However, I could have ridden the so-called "amateur hour" pump.

The play I ended up making on the day was a $BTU Icahn rumor. I bought the June 20 calls at .73 and dumped them 7 minutes later for 1.38. This rumors often end up dead flat within 30 minutes, so I'll take whatever profits I can snag. The nice thing about buying right as the rumor hits is hoping it gains traction and you get a Vol spike so you can still bank some coin if the stock stays flat. Profit could be minimal at best, however.

Also, $TLM got a pump presumably off the Icahn $BTU rumor. My guess is that others figured Icahn would announce a position in that stock. I booked some profits on my long position at 12.06 from my entry at 11.25. I got back into the stock on Friday at 11.89, didn't want to be out of the stock over the weekend in case a buyout was announced.

$NFLX was being added back to the Nasdaq 100 index and the stock was up only 2 points in the pre-mkt. I had considered 230 calls off the open but didn't jump on them, and even had a chance on the 5 minute pull back. I could have got in at .90 and rode it up to 2.00, before the stock sold off and the option got killed.

Though not noted, I had considered $AAPL as it was catching a bid in the pre-mkt and the 455 calls were being bot in volume. I didn't play those either. I could have picked those up for about 1.40 and sold around 2.40.

Right around 1050hrs a rumor came out that Muddy Waters was bearish on $UNXL which sent the stock down. Weekly puts were being picked up in volume as the stock traded around 18.50. It ended up hitting a low of 15.11 by close. Turned out it wasn't from Muddy Waters but from Citron research. 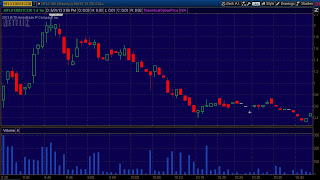 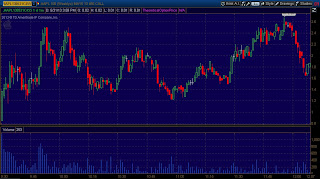 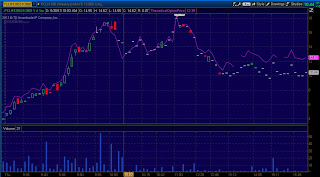 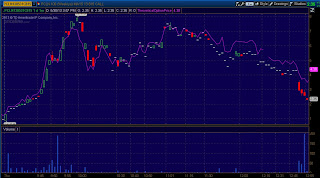 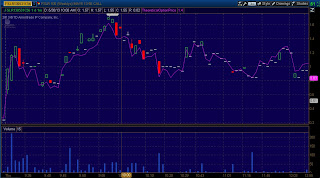 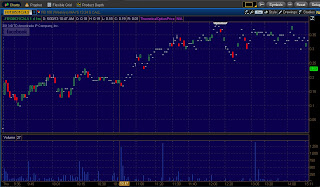 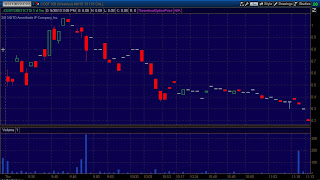 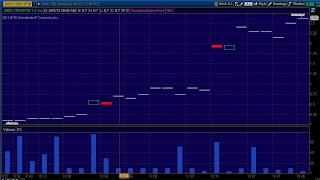 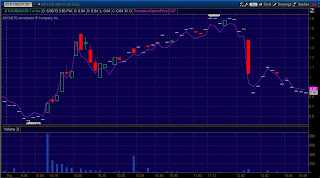