$NAV opened at 21.70 then creeped up to a day high of 22.39. There's so much damn vol in the weeklies that it completely turned me off from trading it, which was good because I would have lost money. The weeklies were also thinly traded (i.e. like 49 total between calls and puts).

$CAT seems to trade with whatever way the wind is blowing that day. It opened at 83.89, hit a high of 84.37 then sold off throughout the day, hitting a low of 82.60. I had also seriously eyeballed the weekly 82.5 puts knowing how fickle $CAT can trade. The 82.5 puts were good for just about a double, depending on what spike you bought them on.

That was all I was really paying attention to today. 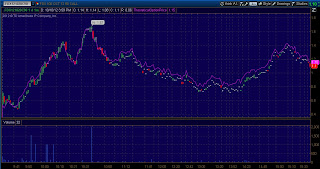 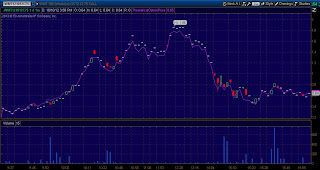 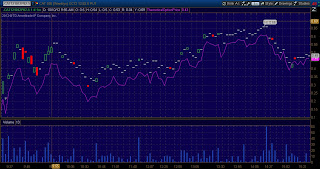 *Oct 30, trade update: I closed this out < one trading day later for +31%* First and foremost, some standard legalese "this isn...