Today was pretty intense. $QCOR found itself the victim of a open trading downgrade at approximately 1015, sending the stock down about 20% on volume, before tanking about 60%. Somehow a circuit breaker was never triggered during the initial run, go figure. This followed some serious put spreads entered the day before, how serendipitous of those investors.

$GRPN got a shout out on CNBC at about 10am extolling the virtues of its plan to set up some type of point of sale system. Apparently $GRPN wants to encompass all things POS. Either way, this sent the highly shorted stock up.

$JCP went on a bit of a wild ride today toward the closing bell after the CEO made some uplifting comments, then made some "demotivational" comments which "squashed that bug".

Lastly, I included a chart of the open interest in the monthly $AAPL contracts closing this week. Significant OI at that $700 strike. 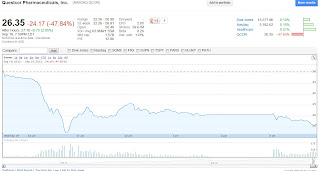 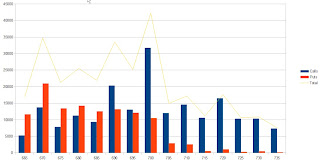 Posted by Options Chris at 3:11 PM